The Razor Megalodon is a surround sound gaming headset. It is comfortable to wear and the portability is great. However, it comes at a fairly high price tag. 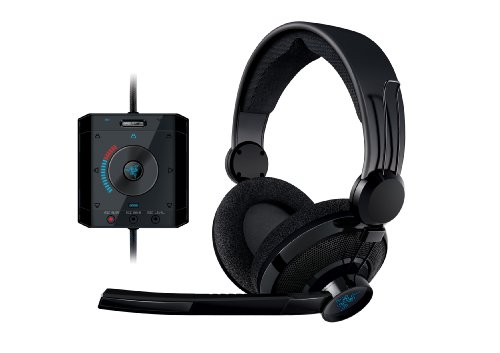 Sound is a vital component in gaming and without sound, gaming becomes stale and just ruins the experience altogether. That’s the reason why a lot of gamers opt to have a budget especially for their sound system, in that sense, really good surround speakers and high quality headphones.

A good pair of headphones built for gaming isn’t that hard to find since there are a lot of manufacturers in the market but Razer manages to stand out from the rest with their signature headphones, one of which is their monster headphones, the Razer Megalodon.

When it comes to quality, Razer doesn’t sell things short. Known for their heavy duty headsets designed for gaming, the Megalodon doesn’t fail in that regard. Comfort and convenience are the things that you’ll be getting from the Megalodon model, making this one a high quality product in the market today. The Megalodon was one of Razer’s premiere models until it was downed by the more recent model, the Razer Tiamat. However, this doesn’t mean that the Megalodon stays below the boundaries of being high quality. With the constant evolution and development of newer and better headsets over the course of years, that’s just to be expected but even after years from its release, the Megalodon is still hunted down by avid gamers and fans of the product.

The Razer Megalodon contains a lot of features being a Razer powerhouse of a headset. Boasting a sound quality specifically designed for gaming, you certainly won’t go wrong with these headsets.

Here are some of the features for the Megalodon:

The frequency response bandwidth ranges from 20 up to 20,000 hertz which covers a variety of sounds and frequencies that you can hear. The ear cups have open back which can allow you to hear the noise around you but still hear most of what’s going on in your game and the air can also flow in for better ventilation.

When it comes to price, the Razer Megalodon still manages to compete with many similarly priced headsets. That’s because of the features that it includes and the 7.1 surround sound that comes with it, making it one of the most noteworthy headsets in recent years. But while it is a high quality headset, it is overshadowed by many of the recent models that still come from Razer.

The Razer Megalodon has a control unit which comes with the sound card in the middle of the tangle-free cord. You won’t have a hard time locating the controls and you’ll be able to adjust the settings easily including adjusting the volume levels of the headphones and the microphone. On top of that, you won’t need to install any additional drivers to get it working on different computers, so you can be certain that this headset works in any PC without all the hassle of installing add-on software.

Despite the number of awesome features that the Megalodon has, there are some drawbacks in this Razer powerhouse. One of the most notable issues that this headset has is that it’s a USB-only headset. That means this headset doesn’t have other connectors like directly to the audio jack of your computer and some gamers even look over the Megalodon because of this reason. This makes these headphones unable to be used with other devices that don’t have USB ports like smartphones or tablet PCs. The Razer Megalodon also doesn’t work on the Mac, so be warned before buying this pair of headphones outright.

However, Razer has a good defense as to why they kept the Megalodon a USB-only headset. One reason is that you won’t need analog connectors for the system since there’s already a built-in sound card which even emulates 7.1 channels. And for that very reason, connecting the headset via USB is needed for that sound experience. It’s understandable since the Megalodon is a pair of heavy duty headphones and connecting it to your PC or laptop via USB is needed for some features to work.

The Megalodon has a lot of features for a high quality headset. But most gamers might probably want something more and opt to look at other Razer models. If you want even more power than the Megalodon has to offer, then Razer has more models to choose from.

Overall, the Razer Megalodon is a great gaming headset. Though it comes as a USB-only headset, it still boasts a 7.1 surround sound capability, adding to the sound experience of your gaming. Razer is still constantly improving with their headsets and the Megalodon is just one of the most notable headsets that you can get because of its sheer quality, only overshadowed with the more recent and a bit pricier headsets that are out today. If you’re looking for a pair of good headsets for gaming, then you won’t go wrong with the Megalodon but most pro gamers and sound addicts will probably want more. Just do remember that this Razer model doesn’t work on the Mac and is USB-only. 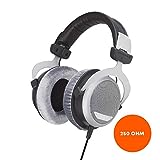 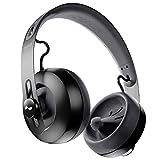